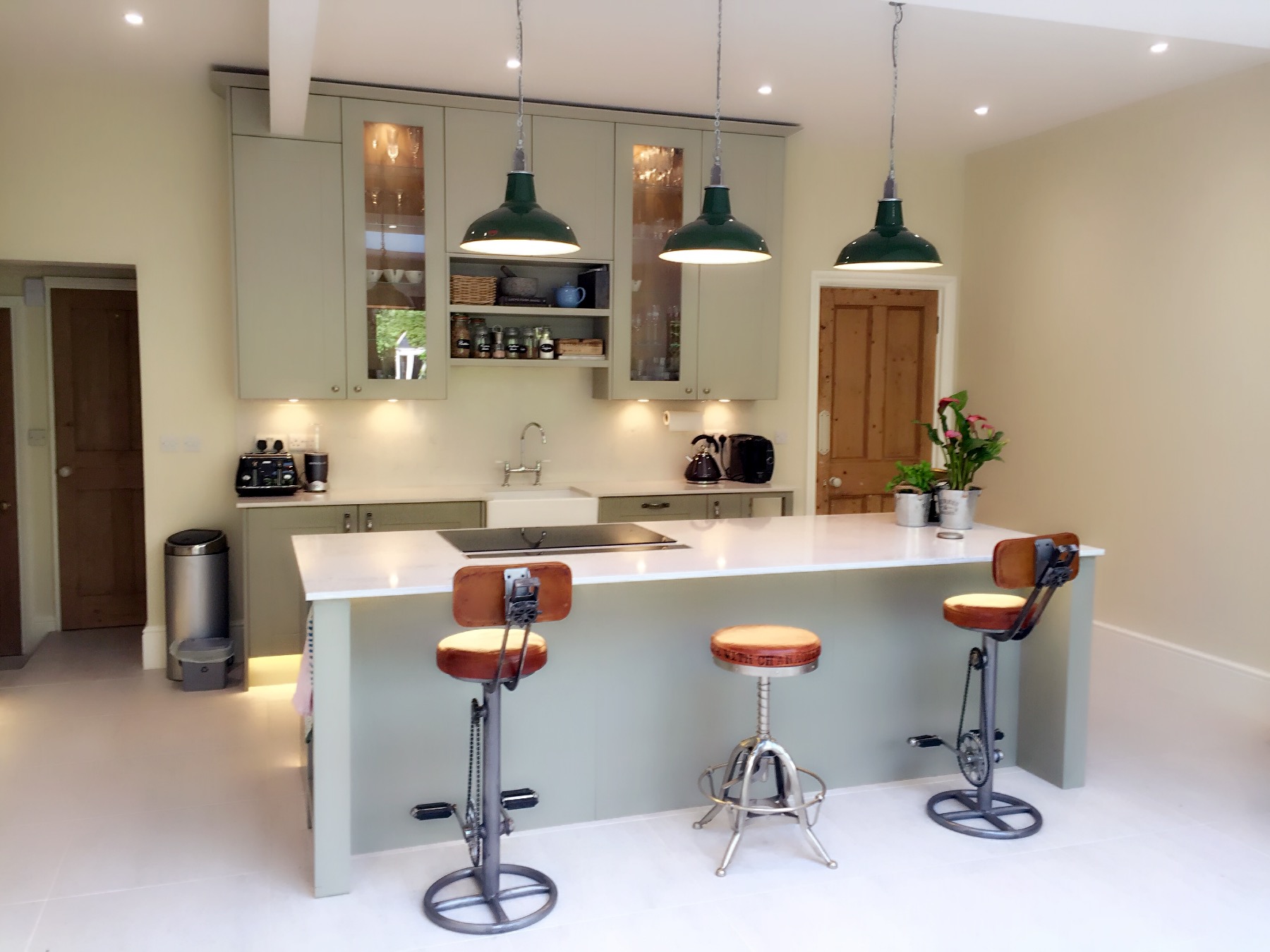 When the Taylor’s moved into their stunning period home in Lower Sunbury two years ago they wanted to extend their galley kitchen and make space for a much larger living area, but they wanted to live in the house for a while first to work out exactly what they needed.

A year later they set to work gaining planning permission and speaking to architects and got the ball rolling. Having spoken to a couple of local kitchen designers, they decided to work with Wentworth Design. The Taylor’s said, ‘Wayne seemed to be the most knowledgeable of the designers that we had spoken to and was keen to discuss our ideas’.

They had done a lot of research and had a good idea of what they were looking for. They had initially wanted to go with a traditional shaker style kitchen that would be in keeping with their eighteenth century house.

The kitchen they eventually chose and had installed was a Mereway Kitchen with Lincoln doors painted in Dark and Light Fern with Carcases in Light Oak, finished off with Arabescato Verde Okite Quartz Worktops. They chose the green as they wanted a light, calm space.

The kitchen is a wonderful mixture of traditional and modern, which works perfectly. The kitchen also includes an oven and compact oven, a dishwasher, an induction hob and extractor and fridge freezer all from Siemen’s and the traditional feel comes with touches like the brushed steel handles butler sink and traditional mixer tap.

The Taylor’s said, ‘the whole experience with Wentworth went really smoothly and we now have a beautiful kitchen and living space which meets our needs. We are really happy with the work that Wentworth did and would have no hesitation in highly recommending the Wentworth Design Team to anyone.’

To view more images of this kitchen please click here.

To discuss your dream kitchen please call 01932 918411 to make an appointment or pop into the showroom and have a look around.

Testimonials What our customers are saying...