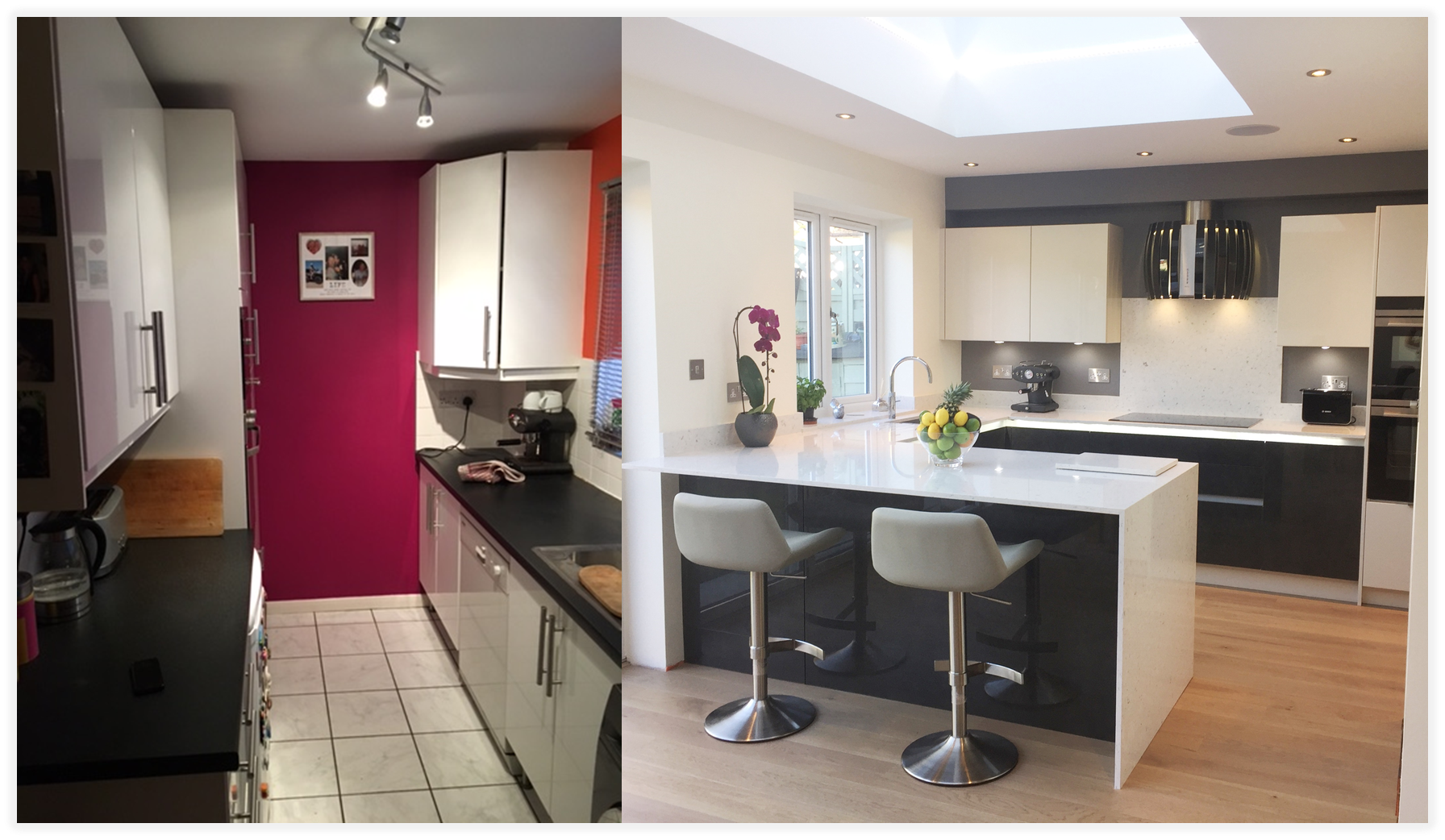 It was pure coincidence that the Bennetts visited our showroom in February 2016 looking for a new kitchen and were then recommended by some friends; who had also recently worked with us on their kitchen. They had previously visited two other showrooms that day and had a rough idea of what they were looking for.

The Bennetts had already had building work done and after discussing their ideas and making plans with Wayne at Wentworth Design, they were pretty much ready to have their new kitchen installed by March.

The kitchen they chose is a Mereway Futura Designer Gloss Graphite and Gloss Handleless kitchen, with Silestone quartz worktops.  They also had installed a Quooker Boiling water tap, which they now wouldn’t be without! The extractor shown in the photographs is a wall mounted glass extractor, which makes for a striking focal point. They also opted for a Flex induction hob, an Active clean single oven and a compact oven with microwave, along with a built in fridge, a semi integrated dishwasher and built in fridge and freezer, all from Siemens.

Mrs Bennett said, ‘We are so pleased with our new kitchen from Wentworth Design. The whole process from start to finish has been a breeze. Wayne and Toni were so helpful and patient with us while choosing the design, doors and colour scheme. And we were really impressed with the design service too. Kris, who installed it, was a perfectionist, always on time and tidy. We would highly recommend Wentworth Design to anyone.’

To view more images of this kitchen please click here.

To discuss your dream kitchen please call 01932 918411 to make an appointment or pop into the showroom and have a look around.

Testimonials What our customers are saying...